The mission of the Chicago Engineers’ Foundation is to encourage and empower young people to become the next generation of engineers through scholarship opportunities, outreach to educational institutions, and promoting interest in engineering careers.

Since 1969, the Chicago Engineers’ Foundation (CEF) has empowered Chicago’s future engineers with scholarship awards to support their college studies.  In addition to financial awards, CEF provides a variety of K-12 outreach activities across the city, as well as career development activities for award recipients.  Learn more about student programs.

Find out more about Chicago Engineers’ Foundation via our Top Ten Facts.

Over 5 Decades, Nearly $2 Million in Awards to More Than 2,000 Future Engineers!

Over more than 100 years, engineers and leaders from the Engineers’ Club, and its later iterations, generously volunteered their time, talents, and enthusiasm to support others in the engineering community.  It is a true privilege to honor decades of networking and philanthropy all dedicated to Chicago’s engineers, from the organization’s beginnings as a professional club to a proud member of the Union League Club of Chicago now dedicated to empowering Chicago’s next generation of engineers.

The leadership of the Chicago Engineers’ Foundation has a written history compiled by CEF leader and historian Stephen Hoover. This book is the result of many years of research and hours of editing by Mr. Hoover and other dedicated volunteers.  Many thanks to everyone who helped to create this look at how CEF began and the many engineering professionals who make up the past, present, and future of Chicago’s engineering community. 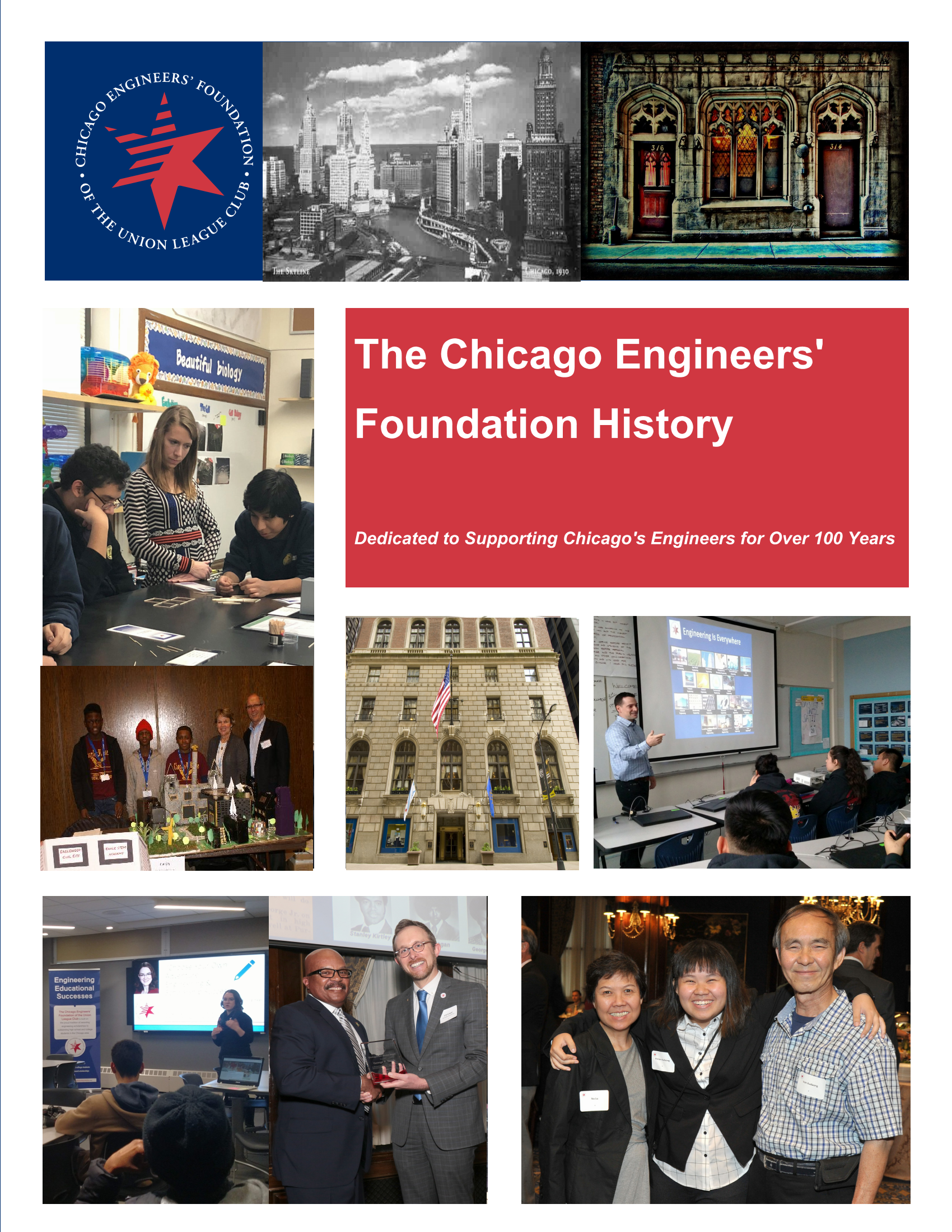 To view an e-version of the Chicago Engineers’ Foundation History click here.

Donations are gratefully accepted to support the publishing of this book.