Register Now
This virtual presentation is in partnership with ROTARY/One Chicago.
Learn more about Rotary/One. 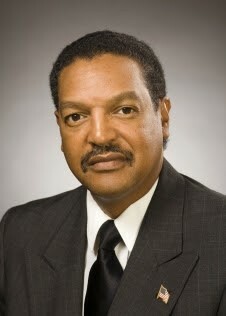 Lewis S. G. Braxton III retired from the National Aeronautical and Space Administration after 40 years of service on January 31, 2015.  During the last 7 years of his service he served as the Deputy Center Director of NASA Ames Research Center.  During his time serving as Ames’ Deputy Center Director, he also served one year at NASA Headquarters as NASA Deputy Associate Administrator for Mission Support (Acting) providing leadership and guidance over a $1.8 billion-dollar agency wide Mission Support budget and its activities.

Prior to being the Deputy Center Director, he began his career as a co-op student at then NASA Dryden Flight Research Center and rose and serve 6 years as Ames Chief Financial Officer who managed a budget that grew to over $850 million dollars.  He served also 4 years as Ames Director of Center Operations and managed and provided leadership for all operations areas at Ames to include airfield management, facilities maintenance and engineering, IT networks, acquisitions, human resources, logistics and other critical areas.

As the Deputy Center Director, he enabled and provided guidance for key NASA projects and programs to include LADEE, LCROSS, Next Generation Air Traffic Management (NextGEN), SOFIA, and KEPLER.  He supports the success of work on the International Space Station (ISS), including rodent habitat, as well as provided guidance and support to the Agency’s virtual institutes.   Lewis leadership and support contributed to NASA Ames Research Center to confirm water on the moon, discover more than 2,500 planets revolving around other suns in other galaxies, produce and operate one of the world’s fastest super computers, provide the United States national airspace system with air traffic software and control tools, produce new advance materials in thermal protection capabilities for spacecrafts, develop advancements in tele-robotics and autonomous systems, lead NASA in the design and development of small and affordable satellites, and provided advance pioneering in NASA Space Station micro-gravity science and research associated with various materials and life forms.

He supported, and lead NASA stepped into the next generation of exploration and research with innovative domestic and international partnerships including the NASA Research Park (NRP), public-private business model creating a research and development and education campus, that includes the Google campus lease of 42 acres to create 1.2 million sq. ft. of new labs and office space.