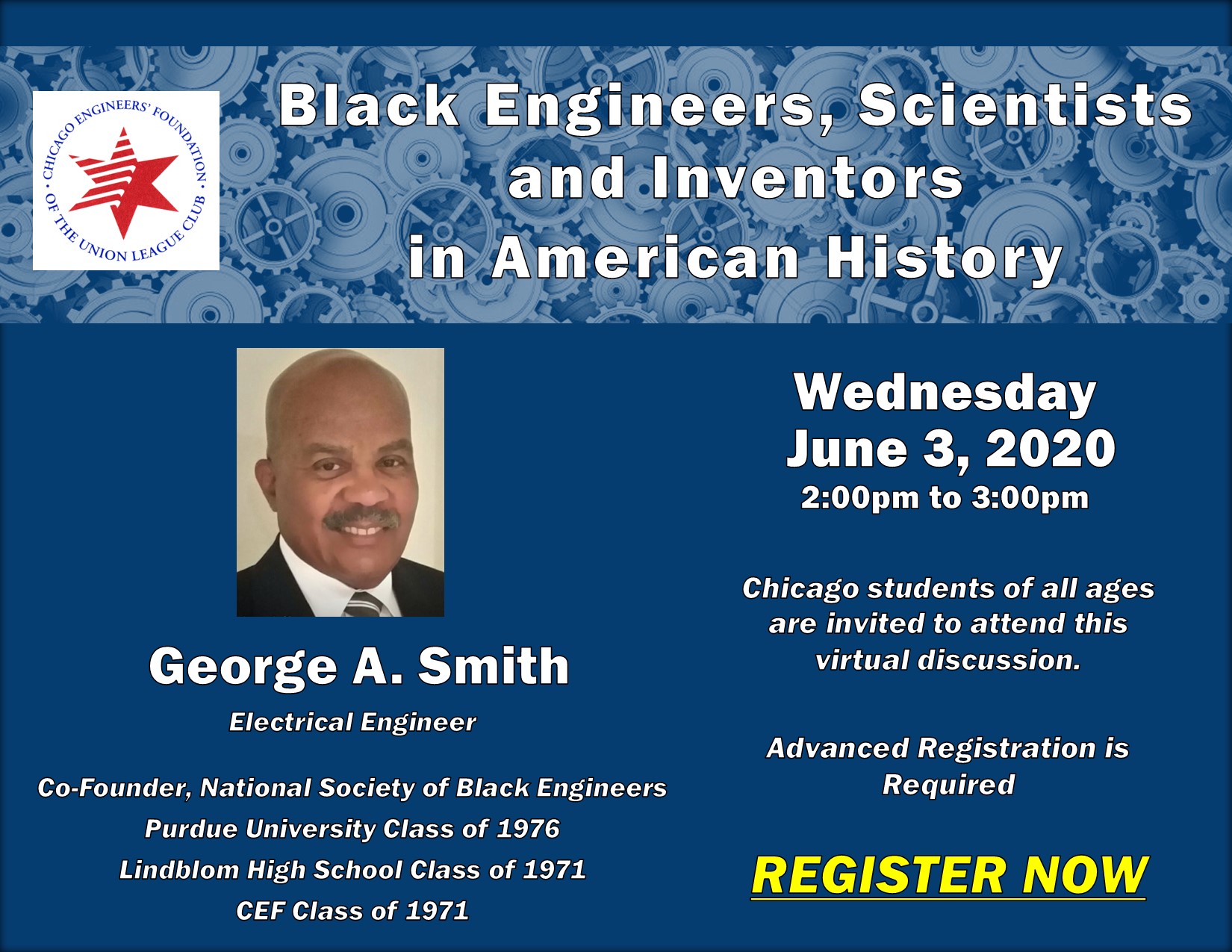 Thank you to the many students, parents, educators and nonprofit leaders who joined CEF for this special presentation by NSBE co-founder and CEF alum George A. Smith.

About Our Speaker:
Mr. George A. Smith is a Chicago native.  He attended Wacker and Fernwood Elementary schools, is a graduate of Lindblom High School, and has a degree in Electrical Engineering from Purdue University.  While at Purdue, George Smith was one of six students who established a first-of-its-kind professional and mentoring society for minority engineering students, which evolved to become the National Society of Black Engineers (NSBE).  Since its inception, NSBE has grown from six founding members to more than 17,000 strong, with over 500 chapters worldwide.