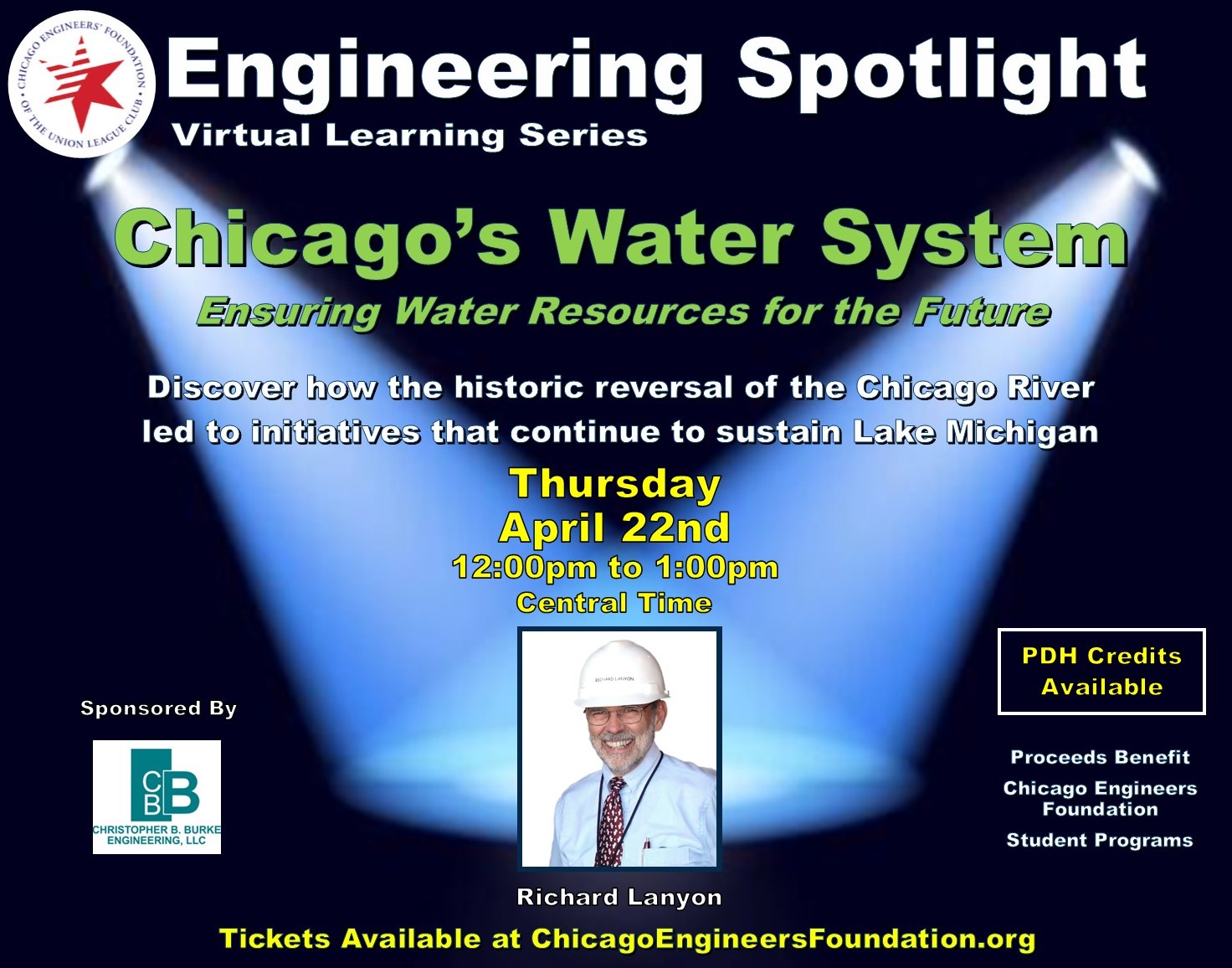 The threat of a public health crisis led to the Sanitary District of Chicago’s audacious projects to reverse the flow of the Chicago River in 1900 and the Calumet River in 1922.  These projects were meant to keep sewage and industrial pollution from contaminating Lake Michigan. More protection was needed to ensure water safety, leading to the construction of municipal potable water treatment and distribution systems, and the District’s wastewater collection and treatment system for metropolitan Chicago, achieving wonder-of-the-world status. Efficient management of combined sewer stormwater led to pioneering tunneling technology and reservoir construction on a scale greater than any other metropolitan area. Well prepared for a sustainable future, northeast Illinois is blessed with Lake Michigan, a bountiful and safe water resource. Management of this resource is under the supervision of the US Supreme Court and US Army Corps of Engineers. The State of Illinois administers the resource employing conservation-based regulations.

Participants Will Receive a Zoom Link Prior to the Event.

PDH certificates will be issued following the event.

Richard “Dick” Lanyon has a life-long association with the waterways in and around Chicago. He retired as Executive Director of the Metropolitan Water Reclamation District of Greater Chicago in 2010, after a 50-year career in urban water issues.

In 2012, Dick published Building the Canal to Save Chicago, a historical documentary of the first MWRD project that reversed the flow in the Chicago River to protect Lake Michigan. In May 2016 his second book, Draining Chicago: The Early Years and the North Area, was published. West by Southwest to Stickney, Draining the Central Area of Chicago and Exorcising Clout was published in April 2018. Calumet: First and Forever: Draining the South Area of Chicago and Territorial Expansion was published in September 2020. All four completely describe the engineered drainage system in metropolitan Chicago and history of the engineered MWRD infrastructure. You can visit EverythingGoesMedia.com for more information on Mr. Lanyon’s books.

Dick has received numerous awards including the American Society of Civil Engineer’s National Government Civil Engineer of the Year Award in 1999; the Distinguished Alumnus of the Department of Civil and Environmental Engineering at the University of Illinois at Urbana-Champaign (UIUC) in 2003; the Edward J. Cleary Award from the American Academy of Environmental Engineers and Scientists in 2011; and the Distinguished Service Award from the National Association of Clean Water Agencies (NACWA) in 2011.

Dick Lanyon is a past President of the Illinois Section of the American Society of Civil Engineers and holds Bachelors and Masters degrees of Civil Engineering from the University of Illinois at Urbana-Champaign. In 2013, Dick was inducted into the NACWA Hall of Fame.

Dick served on the Evanston Public Library Board of Directors, was alderman of the 8th Ward on the Evanston City Council and recently completed an eight-year term as chairman of the Evanston Utilities Commission. He and his wife Marsha reside in Evanston and he continues to be an advocate for sensible and sustainable water management in the urban environment.

Thank You to Our Sponsors